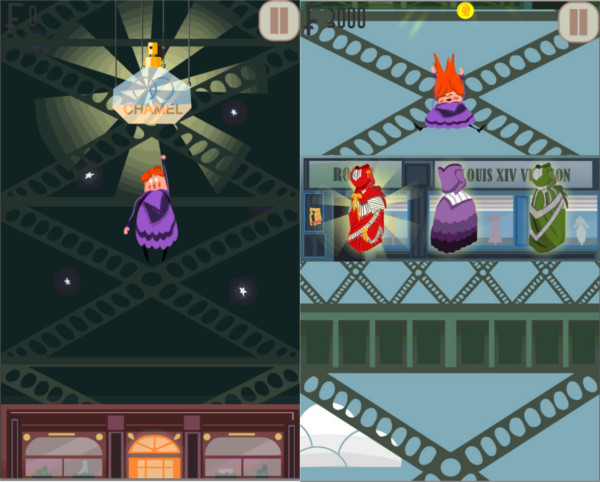 Size of the team: 6 French Students with 3 India Students

My roles: Game Designer and Programmer

Eiffel Mania is about crazy shopping on the Eiffel tower. The project was made in an intensive week in collaboration between French and India student. The game is devised in three phases.

- Touch the shop to open them during the ascension.
- Move the character to get the clothes during the fall.
- Plenty of power-up and different types of shops / clothes.

This project was very interesting. We had many constraints due to time difference (nearly 5 hours!). So, at first we had a little hard time to adapt. Soon, we found a way to organize and working together that use the advantage of the time difference. So the game is designed and developed nearly all the time. Also, they only speak English so it also improved my skill in English.

the game made me think about optimization and constraint due to the device. Even with unity3D, we had to change some options because the game does not run correctly on some devices.